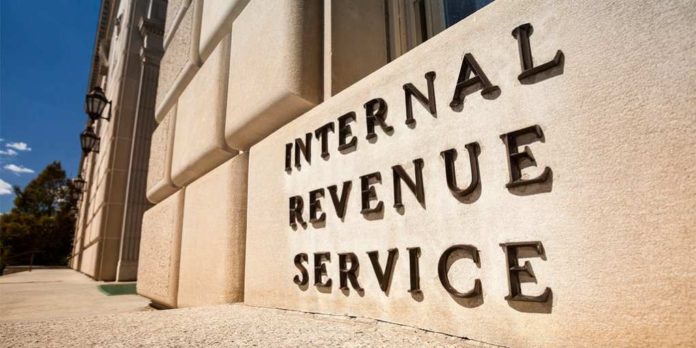 (TheLastPatriotNews.com) – The new GOP majority in the US House of Representatives is voting on a bill to abolish the Internal Revenue Service (IRS) and current federal income taxes and replace those with a national consumption tax.

The Fair Tax Act has been introduced by Republican US Rep. Buddy Carter of Georgia, with backing from several other GOP House members: Bob Good of Virginia, Scott Perry of Pennsylvania, and Ralph Norman of South Carolina.

Agreeing to a vote on the Fair Tax Act was one of the main concessions that the top House Republican, Kevin McCarthy, made last week to convince about 20 members of the House Freedom Caucus to help elect him Speaker, The National Review reported.

In more concrete terms, the Fair Tax Act bill provides for overturning IRS-related provisions of the Inflation Reduction Act passed by Democrats in the fall.

A funding package in the Inflation Reduction Act provides for a massive expansion of the IRS with $80 billion in additional funding and the hiring of 87,000 more tax agents.

“Cosponsoring this Georgia-made legislation was my first act as a Member of Congress and is, fittingly, the first bill I am introducing in the 118th Congress,” US Rep. Buddy Carter said in a press release.

“Instead of adding 87,000 new agents to weaponize the IRS against small business owners and middle America, this bill will eliminate the need for the department entirely by simplifying the tax code with provisions that work for the American people and encourage growth and innovation. Armed, unelected bureaucrats should not have more power over your paycheck than you do,” Carter elaborated.

“As a former small business owner, I understand the unnecessary burden our failing income tax system has on Americans. The Fair Tax Act eliminates the tax code, replaces the income tax with a sales tax, and abolishes the abusive Internal Revenue Service. If enacted, this will invigorate the American taxpayer and help more Americans achieve the American Dream,” Duncan declared.

Even if the GOP majority in the House passes the draft bill, it is bound to fail in the Democrat-controlled Senate, making the vote a “symbolic gesture.”

Regardless, the bill was criticized harshly by the Office of Management and Budget of President Joe Biden’s White House.

“With their first economic legislation of the new Congress, House Republicans are making clear that their top economic priority is to allow the rich and multi-billion dollar corporations to skip out on their taxes, while making life harder for ordinary, middle-class families that pay the taxes they owe,” Biden’s OMB declared in a statement.